Runners….Why do you get injured? 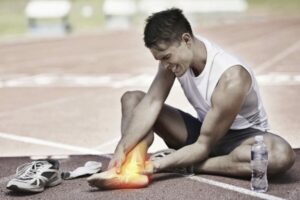 The Biomechanics of Running & Why You Get Injured
Written by Tom Pinder. Sports Therapist and Rehab Specialist- February 2019

For key terms/glossary, see the bottom of the blog.

Biomechanics of Walking vs Running
To the untrained person running can seem like walking but just sped up; biomechanically running is similar to walking, but to say someone can run if they can walk would be false. Running demands a lot more from your body. Most importantly it demands greater muscle strength, greater balance and greater range of motion.

The key differences between walking and running is that there is a double support stage when walking that doesn’t exist in running; it is replaced with a double float stage instead. In the double support phase of walking, both feet are on the ground at the same time. When we run we never have two feet touching the floor at the same time, which is how cover the ground quicker. Because it doesn’t exist in running, your ability to balance on a single leg must be greater in order to stay upright.

Because of the double float phase in running, there will be a greater amount of force applied to your body which it must try to absorb when landing, compared to when walking. The muscles of the head, arms and trunk have to be stronger to be able to elevate the head, arms and trunk whilst the muscles of the feet, legs and hips have to be able to absorb the increased impact when your foot makes initial contact with the ground.

Throughout the running gait cycle, there needs to be a larger range of motion at your joints than when walking to allow for shock absorbtion and to create greater propulsive forces in the joints. If there wasn’t a larger range of motion at the ankle, for example, then there would be less explosive force produced through the triceps surae complex in the lower leg and so you wouldn’t move with as much pace. If there was the same range of motion at the hip, as there is when walking, then there would be a much shorter double float phase meaning less distance would be travelled per stride (resulting in a slower running pace).

Injuries in Running
The main tissues which absorb the impact through the legs when running are the Achilles’ tendons, the plantar fascia in the sole of the feet, the quadriceps groups and the hip abductors (or lateral hip muscles). So it would be no surprise to tell you that these are the most commonly injured areas in long distance runners. All forces exerted on your body when running are absorbed by your body’s tissues. These main structures dissipate these forces between them, but sometimes that force can become too great for one of the structures or all of the structures to bare, resulting in injury.

Take your Achilles’ tendon for example; it is one of the most heavily used tendons in running as it is attached to the heel and feeds the calve muscles in to their attachment point. When you heel strike your Achilles should eccentrically load (lengthen whilst contracting) to decelerate the leg. Once the achilles has dissipated the forces absorbed, it then moves through the mid stance phase in to the toe off phase where the achilles should concentrically contract (shorten whilst contracting) to propel your foot off the ground. On average the Achilles’ tendon bares more than double your body weight when running. When your achilles’ tendon tears severely or completely ruptures, there is that much force going through it that it can be as loud as a gunshot going off in the same room as you.

A systematic review study published in 2015 on the effects of risk factors and sex differences on injuries in runners (van der Worp, et al. 2015) suggested that women were at lower risk of sustaining running-related injuries than men are. This could be down to a whole load of reasons, whether it be down to a woman’s Q-angle in her hips, the fact a woman’s ligaments tend to be laxer than a man’s and can therefore stretch further than a man’s.

It was also suggested that running more than 40 miles per week or having suffered previous injuries increased the risk of men and women sustaining injury whilst running. Obviously a previously damaged structure in the body, the same as in a building, means that it is at a higher risk of worsening or becoming damaged once again after repair. Depending on your levels of fitness, determines how far your body can accumulatively travel when running in a week, however

once past the 40 mile mark the risk of suffering an injury increases dramatically, due to the higher sustained load on the muscles, tendons and joints.

The review also suggested that novice runners, beginners or people returning to running after a while of inactivity were all at a greater risk of injury than recreational runners. If your body isn’t in the best of shape to begin with and you decide to take up running as part of a new exercise regime you’re starting, or you’re taking up running after calling time on other sports, it can be too big a shock to your body over the short term. The tension in muscles and tendons can build too quickly and the stiffness in joints from the constant impact of running can cause injuries to begin popping up left, right and centre. As in any sport, it is always a good idea to ease yourself in gently, but no sport more so than running, due to the high levels of stress you place on your body.

How to prevent injuries when running
Firstly, it is a great idea to know your limits. If you don’t have experience running long distances 5 times a week then common sense says you shouldn’t start by doing that. As previously mentioned it is always best to ease yourself in to any sport you participate in. That isn’t to say don’t push your fitness levels to your limits, however. Just know where they are and when enough is enough; listen to your body and trust your gut on this!

Another great way to prevent injury is to have an effective warm up and cool down routine (the key word being EFFECTIVE). Most people know what a warm up is but don’t know how to warm up for the best; some people go with the crowd and copy what others are doing, some people don’t even bother. Everybody is different. There is no one size fits all when it comes to warming up and cooling down effectively. You need to work out what your body needs to do to be ready. Keep an eye out for our later blog to be released on the Do’s and Dont’s when it comes to warming up and cooling down before exercise.

One way to make sure you are in the best condition to exercise is to seek help from your sports therapist and get an neuromuscular activation check done. This looks at which muscles are firing

properly and which ones aren’t, highlighting any compensatory patterns you might be hiding when running. These harmful patterns lead to injury later down the line!

Ultimately the best way to prevent injury is to be proactive. Prepare your body right for running and you’ll greatly reduce the risk of sustaining any injuries! Use sports massage services to ‘iron out those knots’ and rid your body of unwanted tension. See one of our sports therapists for injury prevention exercises. Consult with one of our activation therapists and rid yourself of any harmful compensatory patterns that exist. Look after yourself before you get injured rather than as a result of getting injured!

Key Terms
Biomechanics – The study of the mechanics of a living body, especially of the forces exerted by

muscles and gravity on the skeletal structure.

Initial Contact – This refers to the first point of contact with the ground made during a stride. It would usually be one of three areas which come in to contact first; the heel, the toes or the outsole of your foot.

Mid Stance – This refers to the point where your foot has flattened to the ground, albeit briefly during the roll phase if you’re a heel striker or outsole striker. If you’re a toe striker, this is the phase where you begin to load your achilles before the next phase of the cycle.

Toe Off – This stage is when you finish the propulsion phase of pushing off the ground again. The last point of contact with the ground should be your toes.

Double Float – This refers to the period of time where both your feet are out of contact with the ground. The double float time increases with your speed when running. 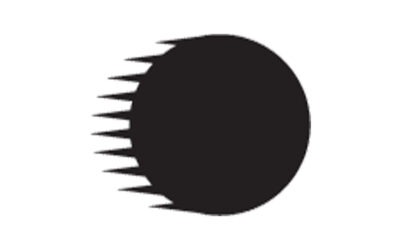 Now I know Facebook gets its knocks, in many cases quite rightly so, but this morning I was sat having my usual coffee and eggs breakfast, scrolling down the pages and I came across a post shared by one of my colleagues, Georgina Ramos. I went to the website...

END_OF_DOCUMENT_TOKEN_TO_BE_REPLACED

A brilliant new course coming to Kinetic in 2019! INTRODUCTION A brand new training course for therapists that’s been 100 years in the making At last ! The truth about how to help more people, more effectively and in shorter appointment times — Revealed! This...

END_OF_DOCUMENT_TOKEN_TO_BE_REPLACED

Don't let injury spoil your winter fun..... As most of you well know, the winter sports season will be quickly upon us with many of you already having planned to go away for your first ski break of the winter period. It can be a great retreat for the family after a...