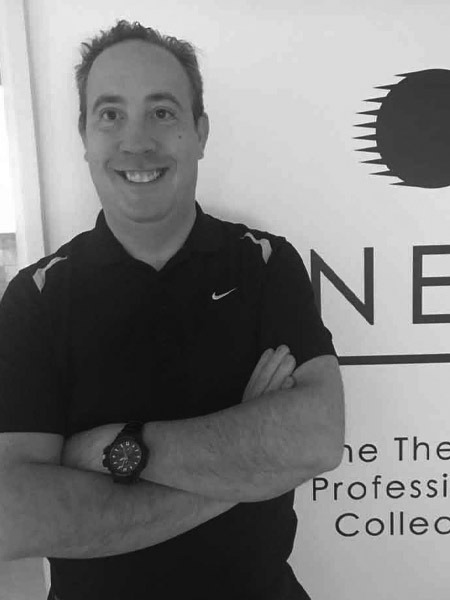 Paul G Johnson, owner and Managing Director of One 4 Health, runs the Sheffield branch of the Yorkshire Sports Podiatry Clinic from Kinetic.

Paul has worked in the field of musculoskeletal podiatry since 1996. Having previously worked in the NHS for 20 years , he has gained a vast amount of experience treating patients of all ages. As part of his role as an Extended Scope Practitioner he has worked outside the remit of the traditional scope of practice of a podiatrist, assessing and diagnosing orthopaedic, neurological and systemic pathology.

In 2000 Paul opened his first private practice in Manchester in 2000. In 2006 he then expanded to Huddersfield and In 2013 Paul opened his third clinic here in Sheffield.

Whilst working in the NHS and private practice Paul has had the honour of treating over 35,000 patients with musculoskeletal problems. He has worked with clients from Lancashire Cricket Club, England Cricket, Rochdale Football Club, Burnley FC and other professional athletes from the realms of golf, rugby, hockey, triathlon, athletics and rowing.

Paul is the official sports podiatrist for Burnley FC and works on a consultative basis for many other sporting establishments.

The majority of clients Paul sees have some form of functional or primary asymmetry and other functional issues, causing gait abonormality. All of which often have resulted in a chronic history of pain and injury With the help of simple intervention this can be rectified and ensure that other ancillary treatments such as sports therapy, osteopathy and other physical therapies have the best chance of a positive outcome.

Assessment comprises of full physical assessment from the hip down and computerised & video gait analysis. Findings will then allow for a treatment plan to be put into place to allow the patient to get back to activity as soon as possible.